I certainly have not been a good blogger since we got home with Mia Jade.  I use to follow blogs and was often so disappointed when the posts stops after they got home but I can relate now.  First, life is much busier.  For me, not only do I now have two children, I am also still in grad school which I do online at night, when I would have been posting.  Also I do think about being careful about posting my children's lives online.  I am pretty active on Facebook now a well where I have better control over who sees what I post.  All that being said, I seem to have been on a roll posting on New Year's Eve, so here it is!

2013 has really been a busy but great year.  My life has settled into having two children.  I have heard it takes about six month for everyone to settle in and I can see that.  Right when I thought Zane would never get use to his sister, right around six months, he seems to start getting that she is here to stay and starting to independently relate to her.  He's world was really rocked when she arrived.  For five years he was an only child then a toddler rocked his world.  People ask me how they get along and my best answer is that they act like sibling, hating each other one minute and loving each other the next!

Mia Jade has really changed in a year.  She has had so many first starting with her first full year home.  She really has no delays except for speech.  She understands everything you say but it's still hard to understand her much of the time.  It's hard not to compare when Zane was having conversations at her age.  She is so smart and gets very frustrated when I don't know what she is saying.  She is putting up to four words together which is awesome.  She can throw a bit of a two year old temper-tantrum as well at times (still nothing like Zane at two!) but overall she is very loving, my sunshine!

Zane I think is growing before my eyes!  He is so smart, cute and a bit crazy but he is so much fun.  He started kindergarten this year which is hard to believe.  We tried to get him to ride his bike for over a year, then one day said he wanted to ride and got on and rode off - an example of his personality.  I think he will be able to do anything he sets his mind to unless he lets himself beat him.

Personally, my faith took some huge steps this year.  For one I was baptized.  I was baptized as a child and have been a Christian for a long time but I realized that I had not made the adult decision to surrender my life to Christ, so I did that.  It was more impressive on my life than I expected.  I have had so much more peace and feel so much closer to Christ since my baptism.  I also helped to launch an adoption program at my church; a mentor and education program to help those interested in adoption.  I'm very excited to see what 2014 has in store for our ministry.  I have also become a regular volunteer of Love Without Boundaries, an amazing group helping orphans and impoverished children in China.

Professionally, this year also brought a change in Mike's job after 13 years.  It has brought me a few more classes closer to graduation with my master's (three more classes to go).

One of my favorite things about this year has been the growth of my friendship with a lady in China, living just across the river from Mia's orphanage.  We are pen-pals of sort and have oddly become very good friends.  She was even able to obtain very valuable information about Mia's past for us.  I hope our friendship will continue to grow for years to come.

Overall I feel this year was the start of a lot of new exciting things that will continue to grow in the years to come.  2013 was great, but I think 2014 is going to be even better!
Posted by Kelly (Mike, Zane and Mia Jade) at 10:32 PM

Love your blog. Our daughter, now 10 yrs old, is also from Huishui. We were not able to go there due to the size of our group. I would love to ask you a few questions of the heart if you would be open to communicating with us. Thank you! Blessings to your and your family.
In Him,
gail bergstedt2 at hotmail 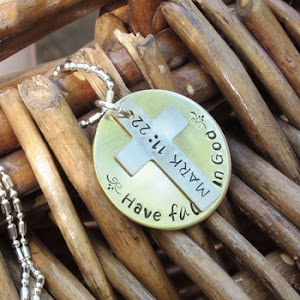 Our fundraiser has ended but the necklaces are still available and proceeds are going to Love Without Boundaries. This wonderful group provides help to orphans of China and is one of the few if only group that has worked with Mia Jade's orphanage, a remote orphanage in a remote province. Click on image to take you to the website. 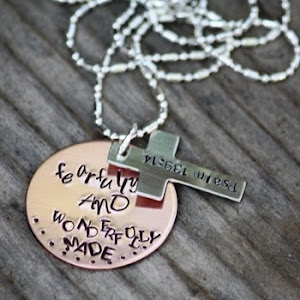 This version is available as well by clicking on the photo. Thank you Staci at Jubilee's Jewels for your support!